Remembrance of the Past // by Lory Lilian 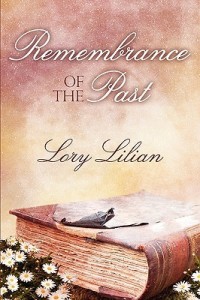 In Jane Austen’s Pride and Prejudice, Elizabeth Bennet unexpectedly met Mr. Darcy while visiting Pemberley. In this ‘what if’ story, Elizabeth Bennet and her relatives – Mr. and Mrs. Gardiner – are in London, ready to start their tour to the Lakes in June. During this time, Elizabeth’s path crosses with Mr. Darcy’s again. However, Mr. Darcy is not alone in London: besides his close family – Georgiana and Colonel Fitzwilliam – an old and dear friend has returned and claimed a well-deserved place in their lives. This is a story about hopes and desires, about losses and fears, about second chances and happiness.

Have you ever wished that you could read Pride and Prejudice, except there would be this other random character who was super, super obnoxious and interfered in everyone’s lives but was viewed as a paragon by all who met her?  Then this is the variation for you!

So, as stated in the synopsis, instead of not running into Darcy until at Pemberley, in this variation Elizabeth is staying with the Gardiners in London before their trip, and they run into Darcy, Georgianna, and the Colonel in a park.  Much to Elizabeth’s surprise, instead of ignoring/hating her, Darcy seems anxious to renew their acquaintance.  Of course, they are both very tentative and uncertain, since their last meeting was a bit of an explosion and, since then, they have both readjusted their views so much.

This is all well and good, but then we meet another character:  Cassandra.  Cassandra is an old friend of the Darcy family and grew up on the estate next to Pemberley.  She’s an enigma, recently returned from the Continent after she fled there several years ago in the wake of a mysterious scandal.  But now she’s back and just as buddy-buddy with the Darcys as ever.

The problem was, I couldn’t stand Cassandra.  She was SO obnoxious and interfering.  SHE always knew what was best for everyone, and basically went around rearranging everyone’s lives and giving them stern talking-tos so that they would do the right thing.  She tells Darcy to snap out of it, she tells Bingley to snap out of it, she tells Elizabeth to snap out of it, she tells the Colonel to snap out of it – legit everyone.  If it wasn’t for Cassandra, everyone’s lives would be a total failure and they would all be doomed to loneliness and misunderstanding FOREVER.  She’s supposed to be this “straight talking” kind of character who isn’t afraid to tell people like it is, but instead she just came through as overbearing and annoying.  Lilian also gave her several of Darcy’s scenes, which felt weird – for instance, when Elizabeth receives the letter about Lydia’s elopement, it’s Cassandra who is there to comfort, encourage, and direct.  ????  It just honestly felt like this book was about Cassandra more than anyone.

There was way too much snogging/shagging in this book, and I skimmed long passages.  The amount of times that Darcy and Elizabeth managed to slip into each other’s bedrooms for some “cuddling” was frankly ridiculous.

Finally, there was this weird other plot involving a peer that just literally made no sense and I had no idea why it was part of the story.  It always felt tacked on and not at all natural to everything else that was happening.  So basically this book consists of:

This wasn’t a horrible story – it still had an actual plot and the editing was good.  But I just couldn’t get past Cassandra.  She seems to be almost universally liked on Goodreads, though, so maybe it’s just  me.

I mean seriously, what was the point of the Markham plot??  He sees Elizabeth at a dance and… suddenly his whole life revolves around getting her??  To the point of freaking MARRYING CAROLINE BINGLEY in  hopes that someday Darcy will show up or something?!?!  It literally made NO SENSE and I have no idea what the point was of including this “plot,” especially since it just felt like it was jammed into certain places.  I guess it was some kind of attempt to tie into Cassandra’s story, too, but it didn’t really work at all.

Cassandra was amazing at judging everyone else’s lives and telling them what to do, but was pretty stupid about her own life, which got annoying after a while – extra annoying because she was SO  bossy and superior towards everyone else.  She treats the Colonel pretty darn badly and then acts all obnoxious when his feelings are hurt, as though he’s being the unreasonable sensitive one.  Ugh.  She was just so awful, I felt depressed when she ended up with the Colonel because he deserved wayyyy better than that.

2 thoughts on “Remembrance of the Past // by Lory Lilian”

This site uses Akismet to reduce spam. Learn how your comment data is processed.